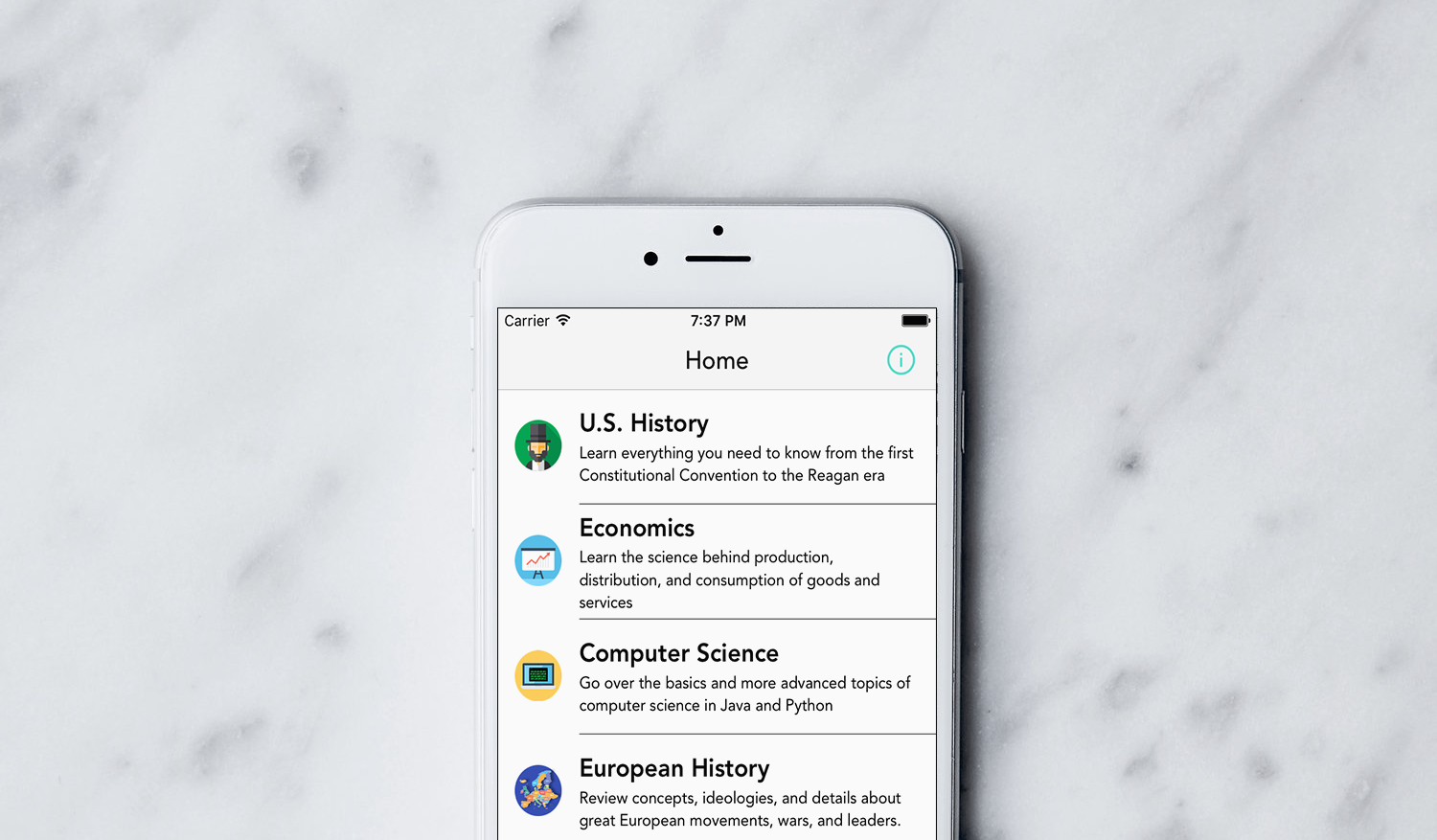 The app was created after myoutlines.com, a site I created where students can view and download outlines to study for their AP courses.

As a one-person team, I designed and developed the app and worked to simplify the study process as much as I could. I took outlines from the site to include on the app as well as compile new outlines to include more subjects when the app launched. My main focus was to prioritize my written content and enable the user to have more customization and ownership when using the app.

Reviewing the website’s analytics over time, I noticed that more users were accessing the site through their mobile phone. 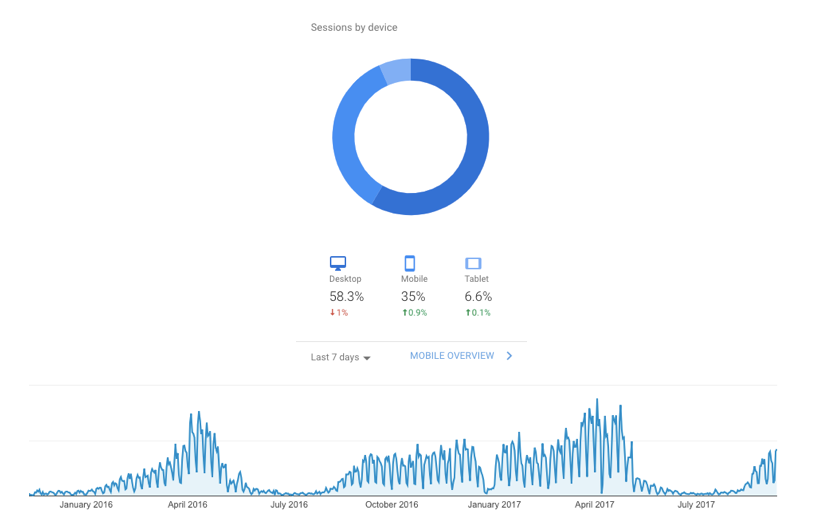 I realized making an app would be beneficial, however, I didn’t know the first thing about app development. When I first arrived at Cornell, I enrolled in an iOS development course and began designing and developing the Myoutlines app. Designing and developing the app came with its own many frustrations. Not only was I a newbie at Swift, but also in UX design. The time that I was not working in XCode, I was designing in Sketch. While trying to ensure a minimalistic design, I was faced with compiler errors of all kind. But, I was motivated to finish and include three necessities for the app—interaction, study content, and customization.

Before I started making initial designs for the app, I wanted to get a better idea of what my users would want to see in the app. I sent out a survey to my subscribers asking them to list the features in order of preference. Looking at the results, the majority of users wanted to see not only more subjects on the app, but also customization through bookmarks and be able to track their study tasks with a to-do list. 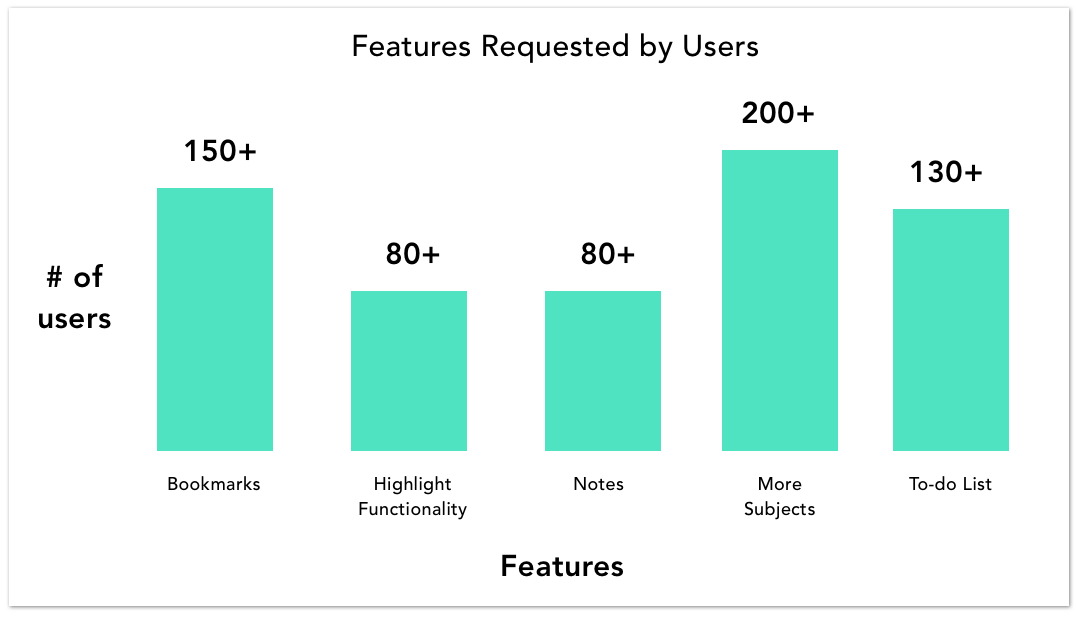 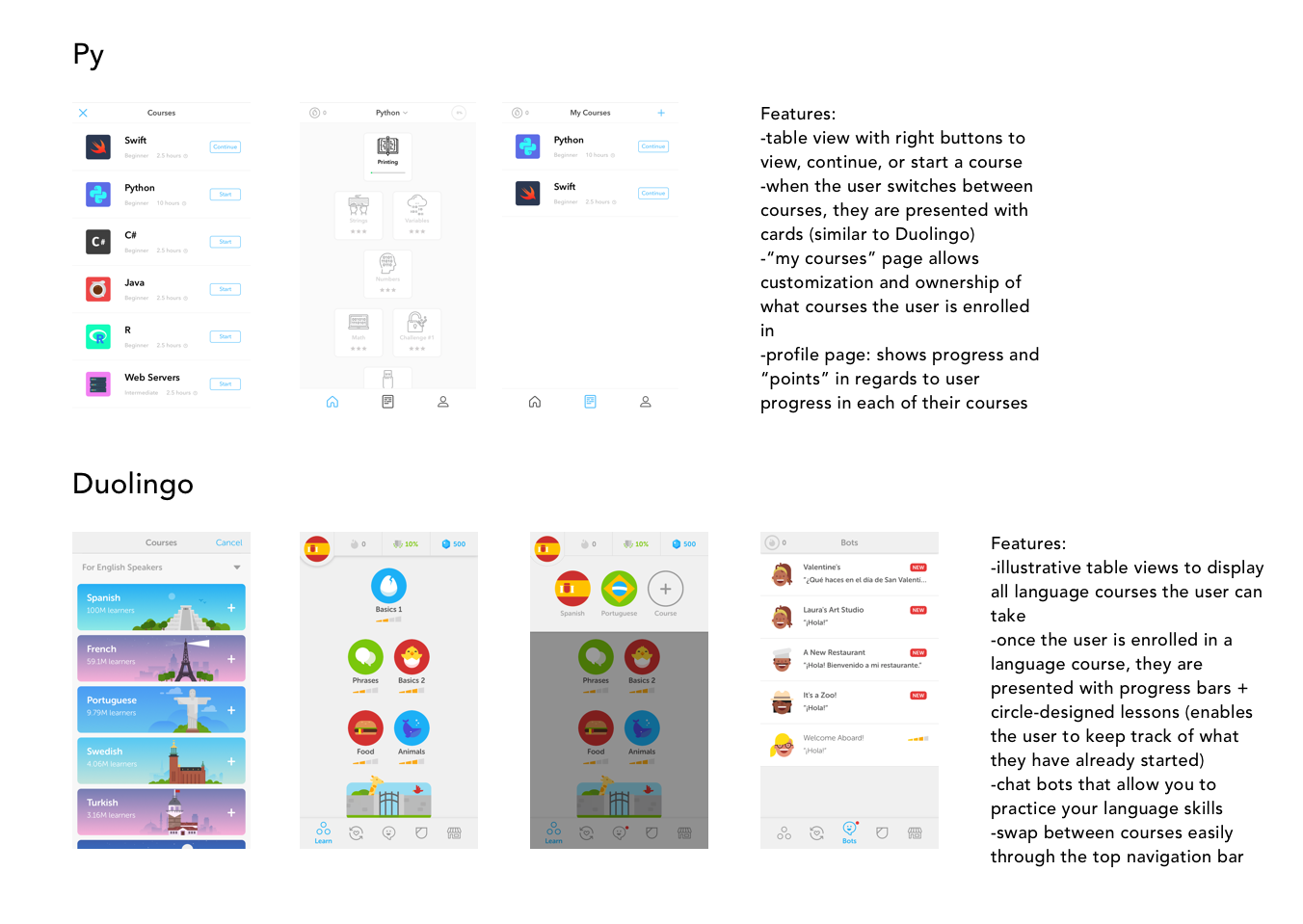 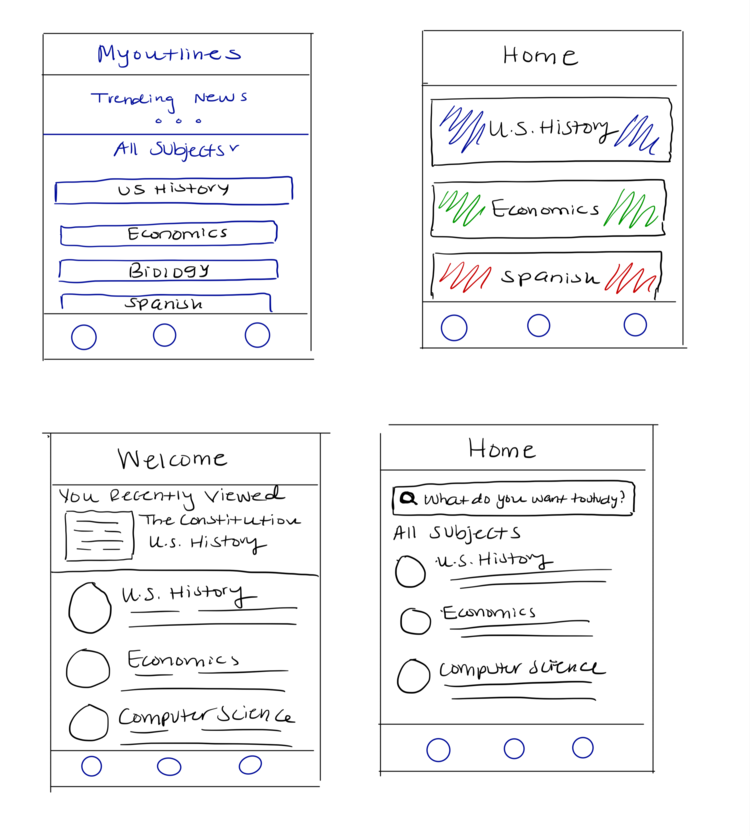 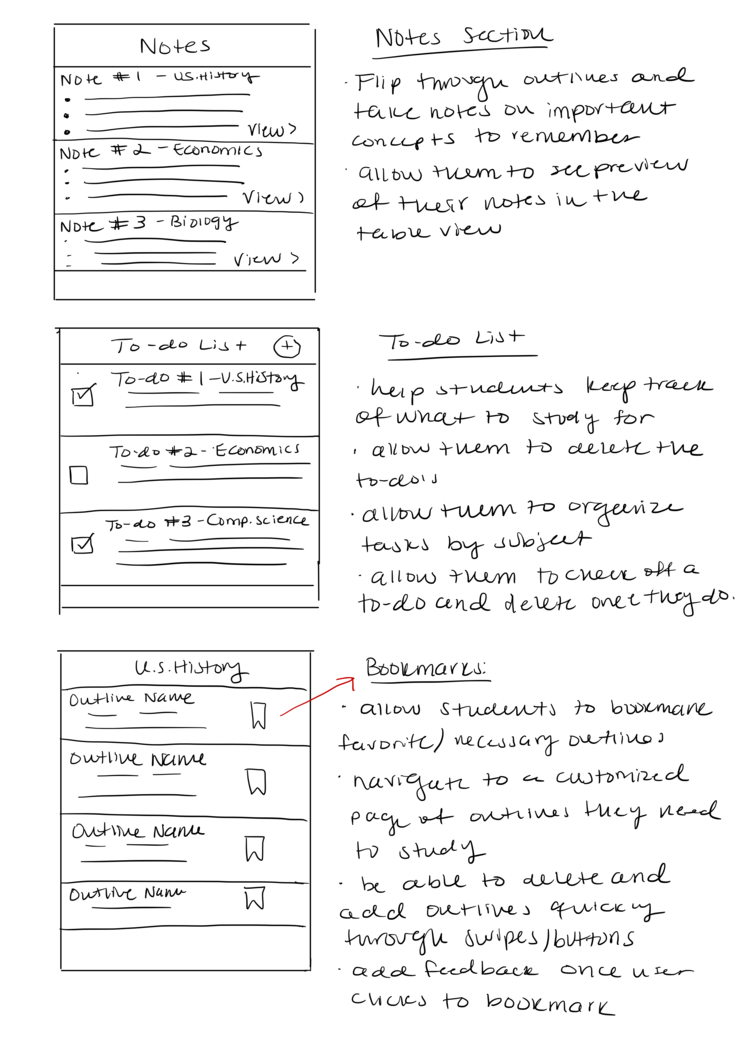 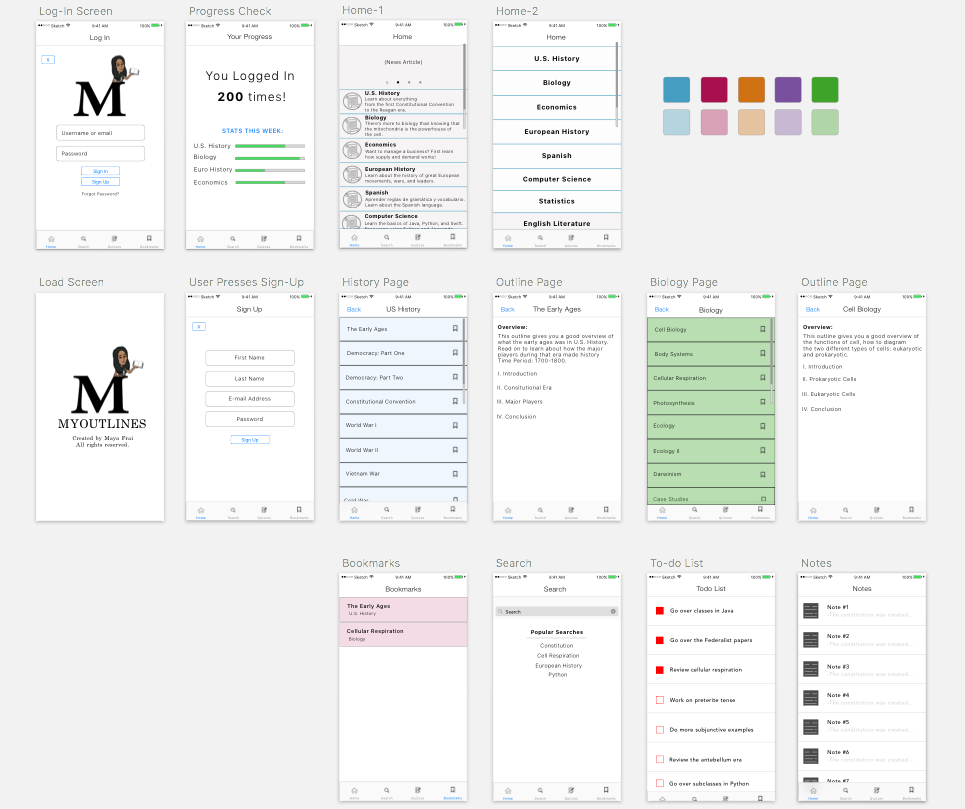 I am currently conducting user research, analyzing app store data, and iterating the app's design. I am focusing on improving the todo list feature, the bookmarking alert modal, and overall layout of the outlines. 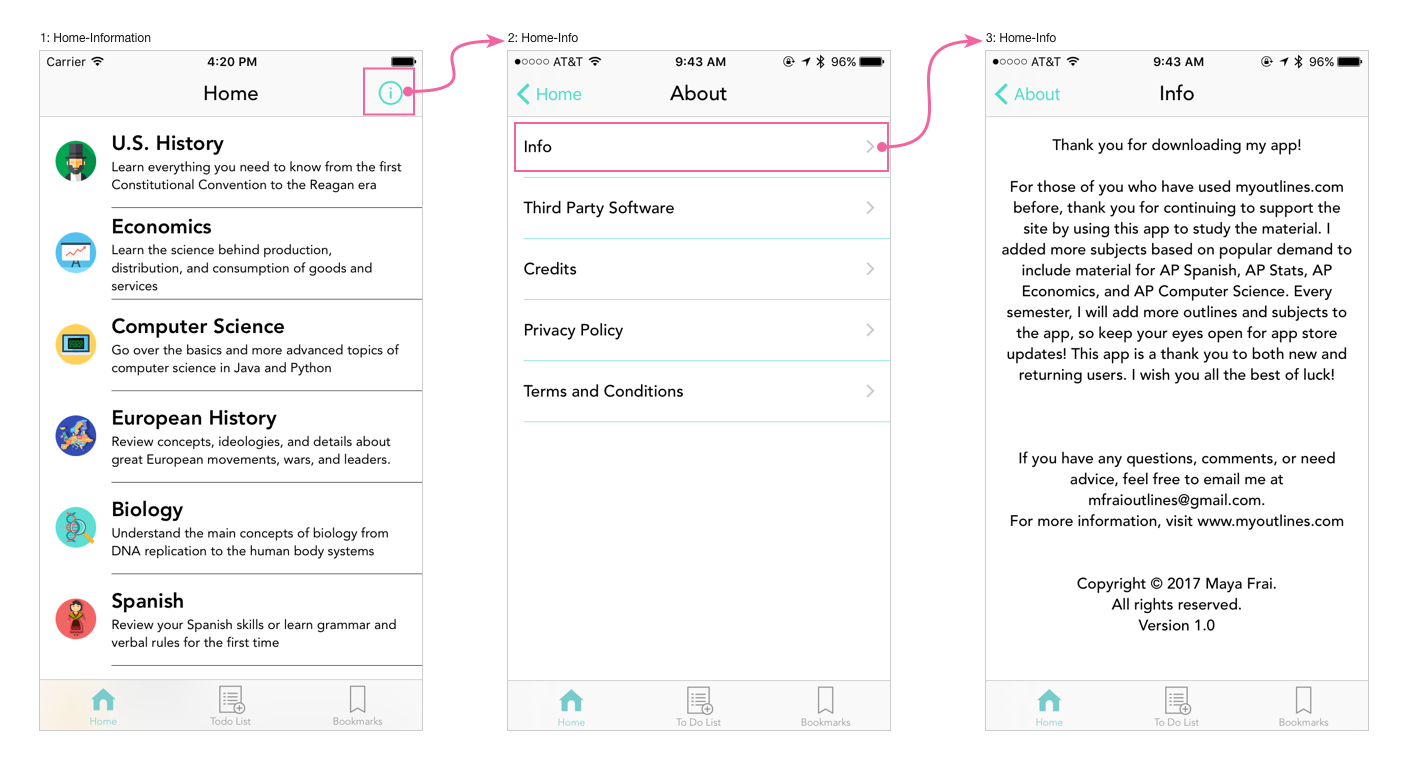 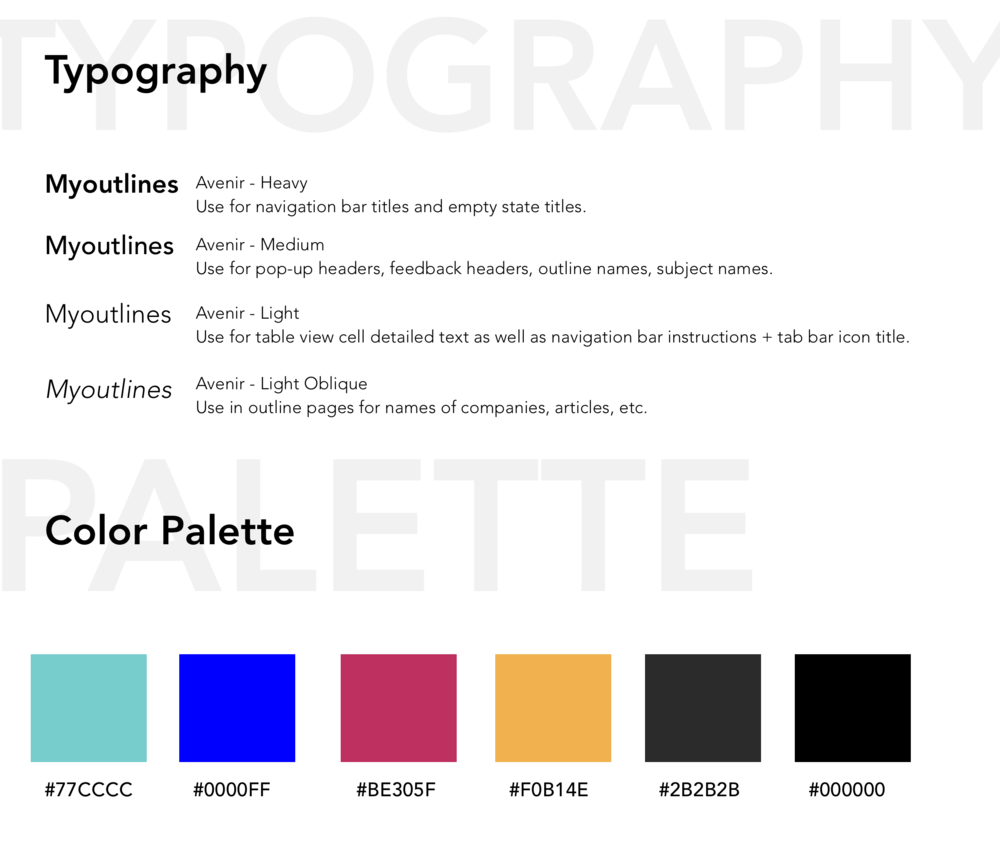 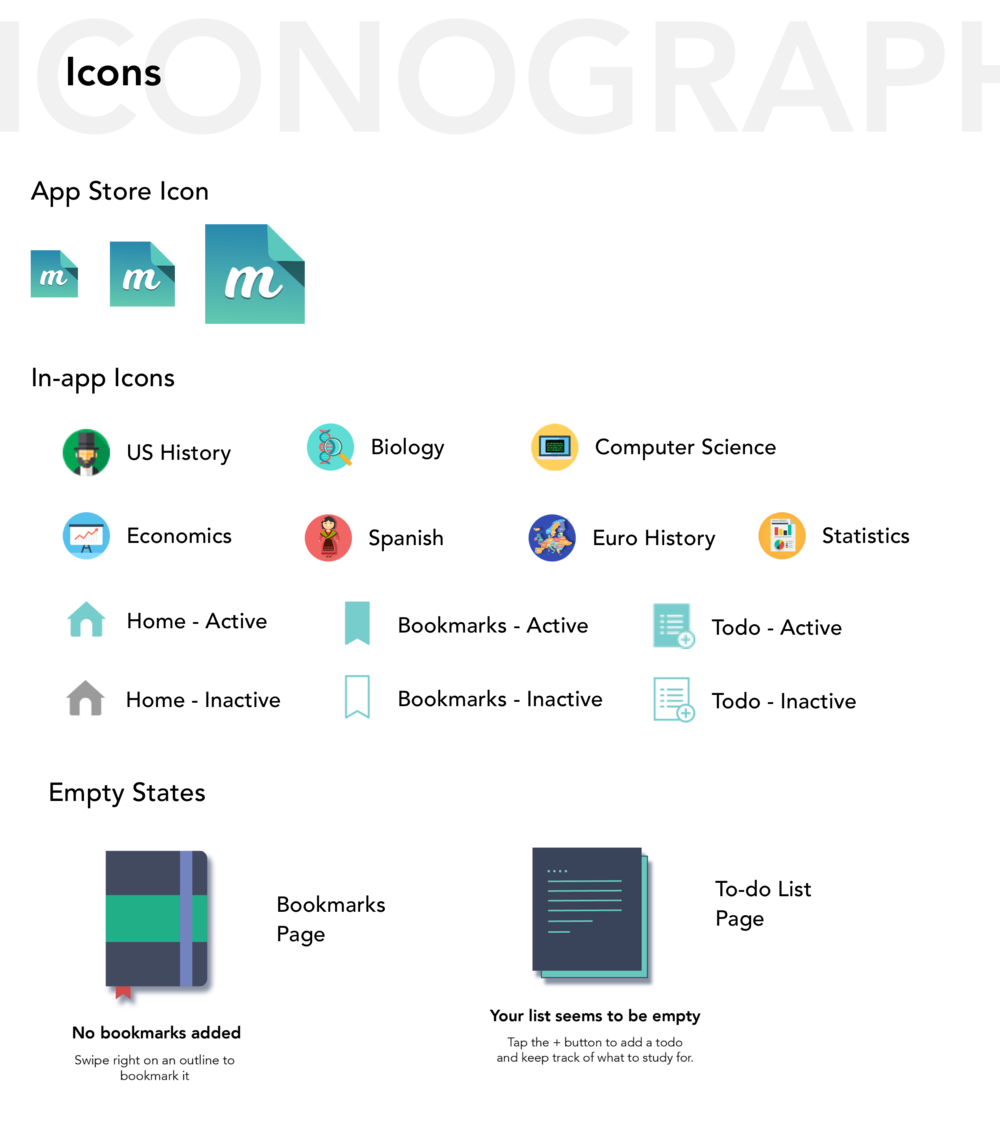 Read more about my transition from myoutlines.com to the app here.

I initially created myoutlines.com for my local high school, but soon after I created it, high school students from all over the world started to view and download my study guides. As of today, myoutlines.com has over 300K users and subscribers and is #1 Google page-ranked for search keyword “AP outlines.” Since the school year has recently begun, students are slowly transitioning to using the Myoutlines app over visiting the site or using both.

Technology is a powerful tool to make an impact without knowing you could. I discovered that writing outlines not only helped me study, but also thousands of others. Not only am I proud to say that it has been released on the app store, but am also humbled to be the one able to further my passion project. 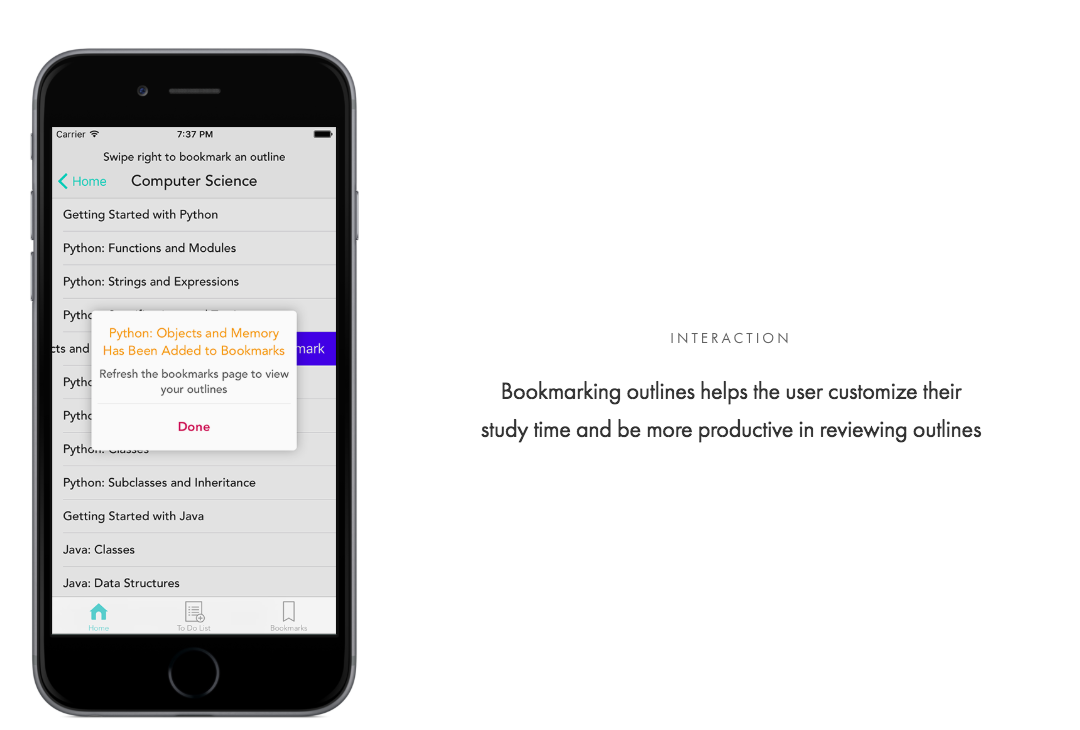 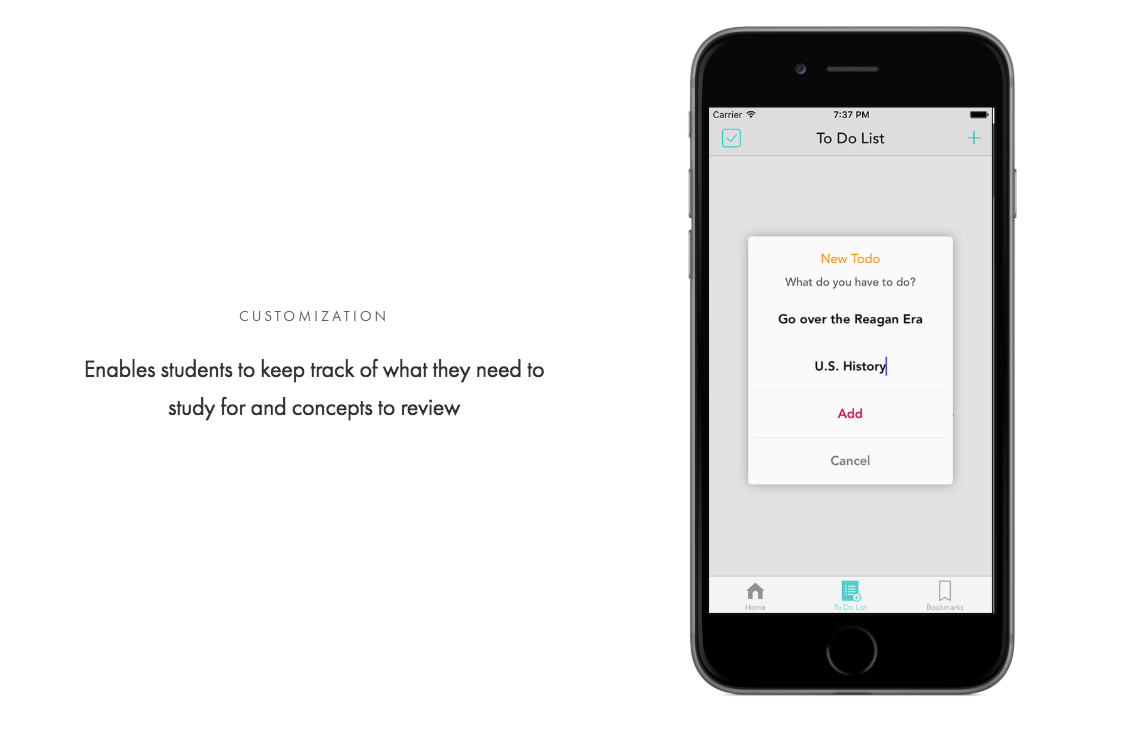 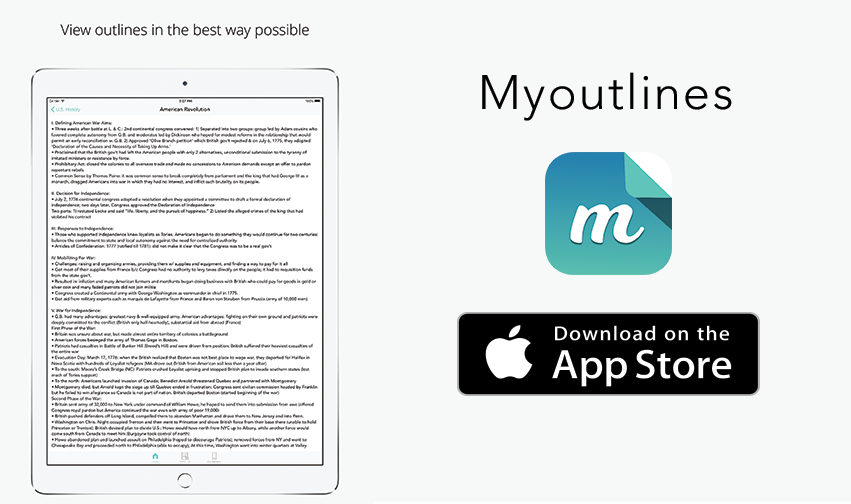